17, 2013 4:34 PM PDT Loading… PRNewsFoto/VICE Media Has she gone too far this time? Just one day after the deadly Navy Yard shooting in Washington D.C., Madonna revealed a still shot from her upcoming short film which shows her aiming a gun at a body on the floor. And while the singer is known for constantly pushing the boundaries of decency, she’s receiving tons of backlash for her latest stunt. The upcoming endeavor, which has been dubbed SecretProjectRevolution, is said to be released next week in its entirety. The scene also shows other bodies strewn around a living room, including one man who appears to be on top of a piano. Madonna is seen in a pair of fishnet tights, a black leotard and wearing a black leather glove as she clutches the revolver tightly. The film is codirected by the pop icon herself and famed photographer Steven Klein. According to the press release, the project is aiming to “further freedom of expression and protect persecution.” YN / Splash News Madonna also said in a statement in the release, “My goal is to show by the example of SecretProjectRevolution my creative commitment to inspire change in the world through artistic expression. I hope my film and other submissions to Art For Freedom will be a call-to-action and give people a place to voice their own creative expression to help fight oppression, intolerance and complacency.” And while some may call it art, others may be left with simply a bad taste in their mouths. Critics have panned Madge’s decision to release a violent and graphic image in general, let alone so soon after the massacre that took place on Monday. But this isn’t the first time that the Queen of Pop has sparked controversy with her use of handheld weapons. NEWS: Madonna defends using swastikas and guns on tour Ian Gavan/Getty Images During last year’s MDNA tour, she was highly criticized for her use of fake guns throughout the performance. Concertgoers panned the singer’s decision to use fake guns, arguing that she helped in glorifying the use of weapons, after the Sandy Hook school and Colorado movie theater tragedies. In August of last year, Madonna responded to the criticism through a lengthy letter she called her manifesto.

Madonna Expresses Herself With ‘secretprojectrevolution’

The 55-year-old sat down at her computer after working out and was ready to answer fans’ burning questions. No Q&A with Madonna would be complete without some mention of the gays and sex. One frisky user asked Madonna if she were a gay man would she be a top or a bottom? The “Girl Gone Wild” singer responded by simply saying, “I am a gay man.” The risque star revealed she has a bong in the shape of a penis , and if she could turn any gay man straight it would be Frank Ocean. (For the record, Ocean has never stated that he is not interested in both women and men. Nor has he ever identified his sexuality .) When asked what the last great drag show she saw was, the superstar said a show happens every night during her “MDNA” concert, in the pit, otherwise known as “The Golden Triangle.” Another Redditor wanted to know what gay icon Marlene Dietrich means to her, to which the singer responded, “[S]he is the archetype of an iconic strong female equal [parts] masculine and feminine.” Things got more serious when she was asked to define hate. A user wondered if some confuse a difference of opinion with hatred. But Madonna contested, responding, “[N]o, having a different of opinion is right hate is intolerance hate is discrimination hate is when you think youre [sic] better than someone else.” Another questioner asked if she would ever help the lesbian, gay, bisexual and transgender community in Africa . Madonna noted that she has already spoken out against the anti-gay laws in Malawi, where same-sex relations are criminalized . She later said that, in order to help world peace, religions and politics should “not get involved with one another” and ” separate church and state .” Although she has spoken out against issues like homophobia and sexism, censorship of artists , such as with Russia’s Pussy Riot, is currently driving her creative voice. She hinted that there “might be” a new album in 2014 , since her “creative juices are flowing.” Related on HuffPost: Madonna, “The Virgin Tour”, June 1985 Madonna salutes on her 2012 MDNA tour.

Madonna Announces secretprojectrevolution, An Art For Freedom Project, In Partnership With VICE Media And BitTorrent 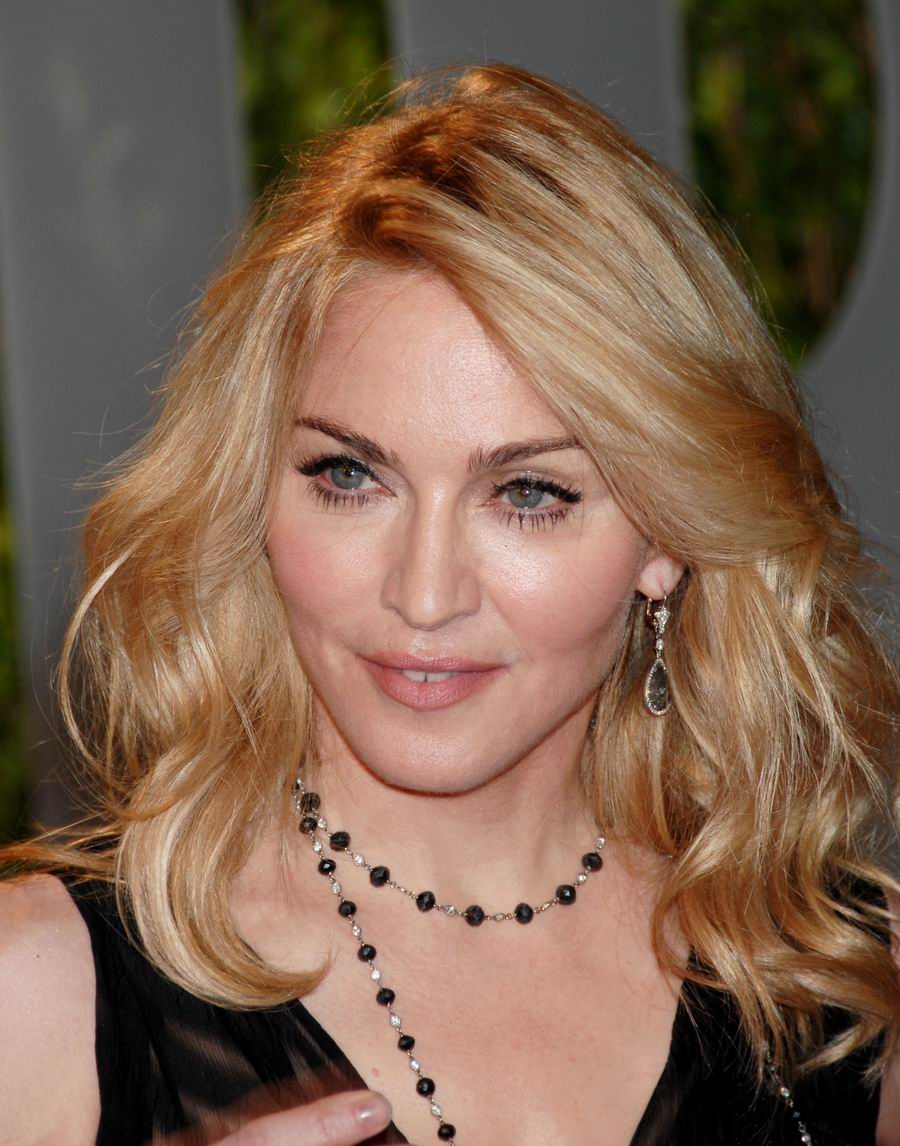 It is an online public art project encouraging the world to express their personal meaning of freedom and revolution, in the form of video, music, poetry, and photography. Public submissions will become part of the Art For Freedom platform: contributors can join the project by uploading original artwork or tagging original posts #artforfreedom. Art For Freedom launches with the secretprojectrevolution film distributed as a BitTorrent Bundle. The film, plus bonus content, is available to the public for free download for beginning September 24 at 2pm EDT. Anyone can download and unlock the secretprojectrevolution Bundle ( bundles.bittorrent.com/madonna-revolution/ ) to receive the film, plus bonus content, for free. The BitTorrent Bundle is a powerful new media format that’s built to move freely across the Internet. It is designed to hold any file type, and any file size. And it’s designed to encourage and empower free expression, beyond the Internet’s walled gardens. Fans who download the secretprojectrevolution Bundle will instantly receive stills from the film and three HD film trailers. Those who submit their email will unlock access to the Revolution film in both HD and 2K Digital Cinema resolution, an exclusive HD and 2K Digital Cinema interview with Madonna conducted by Eddy Moretti, VICE’s Chief Creative Officer, as well as a special handwritten message from Madonna. “This film operates on many levels. It examines our private prisons. It questions what we do, how we do it, and how we treat others. It questions our governments, and our collective thought patterns.

Madonna has revealed that she has a secret project coming and that she wants to start a revolution, but it’s not through music. The pop icon will release secretprojectrevolution, a 17-minute film she co-directed with Steven Klein, on September 24 through BitTorrent. . Madonna secretprojectrevolution The film is part of Art For Freedom , an online initiative designed to promote free of expression, curated by VICE. The public will be welcome to join the project promoting personal freedom or protest by uploading their own video, music, poetry, and/or photography and tagging the posts #artforfreedom. “My goal is to show by the example of secretprojectrevolution my creative commitment to inspire change in the world through artistic expression,” the “Express Yourself” singer said in a statement. “I hope my film and other submissions to Art For Freedom will be a call-to-action and give people a place to voice their own creative expression to help fight oppression, intolerance and complacency.” Madonna has put those sentiments into action, speaking out against Russia’s incarceration of punk band Pussy Riot, who remain locked up for their performance of a “punk prayer” against Vladimir Putin. She also raised the ire of Russian officials by speaking out in favor of gay rights during her 2012 tour there, distributing pink wristbands to fans to show “love and appreciation to the gay community,” in defiance of a law prohibits promoting homosexuality. Madonna’s film will be distributed as part of a BitTorrentBundle with in HD and 2K versions along with bonus content, including an interview and message from Madonna and trailers and still photos from the film shoot. “This place is so rich with history, and were gonna MESS IT ALL UP. Just kidding!” James Hetfield may have cracked a joke or two at his own expense, but he was beaming with unbridled joy along[…] Rolling Stone More like this Remove Miley Cyrus stepped out looking extra tiny in a barely there white ensemble after her split from fiance Liam Hemsworth for her performance at iHeart Radio Music Festival Village in Las Vegas, Nevada on Saturday, Sept. 21 Us Weekly Kate Hudson and fiance Matthew Bellamy rocked out to Elton John singing “Tiny Dancer” at iHeart Radio Music Festival in Las Vegas, Nevada on Friday, Sept. 20 Us Weekly